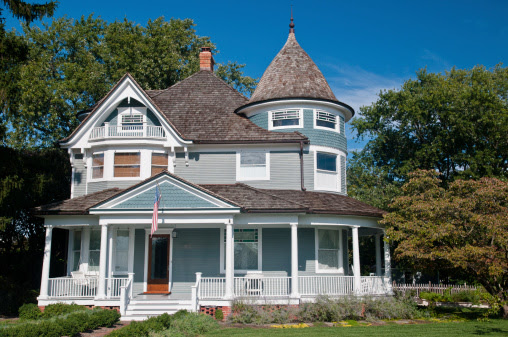 Victorian homes give off a certain air and possess a very stately feel. Victorians are more about beauty than functionality, with complex designs, ornate trim, and large wraparound porches. The Victorian exterior is seen as a medium for decoration. These homes generally have gables, bay windows, towers, overhangs and many are known as ‘Painted Ladies.’ The Victorian style also has sub styles, the most notable being Gothic Revival, Italianate, Second Empire, Queen Anne and the Romanesque style. 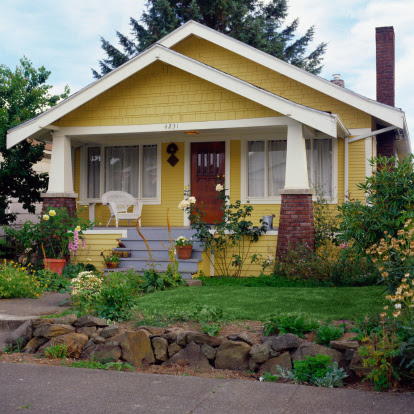 The Craftsman or Bungalow style is seen as an expression of structure and elements that rely heavily on simple, elegant design. The Craftsman is one of the most common and popular styles in the United States, with an incredible resurgence in the last five years. These homes are characterized by their wide front porches, low-pitched roofs and exteriors that use wood, stone and/or brick. The interior of the Craftsman also has an open floor plan with many built-ins throughout the house.

Tudors are very distinct and based on English building traditions during the Tudor Era (1485 – 1603). Tudors are characterized by their asymmetrical exteriors with windows playing a large part in the design. These homes generally have stone and stucco walls with wood accents/framing, and Tudor roofs are steep-pitched. Tudor homes are one of the most recognizable styles in the United States due to their specific architectural components. 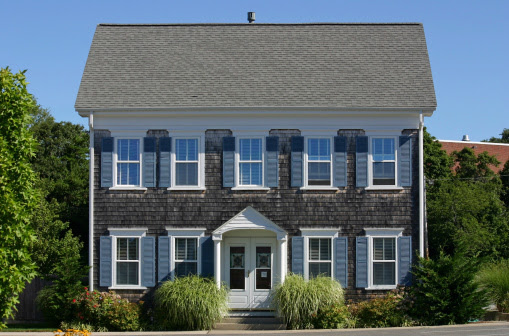 Cape Cods were first built in the 1600s and took inspiration from Britain’s thatched cottages. Cape Cods have steep roofs, dormer windows and large chimneys — elements that helped the homes withstand harsh Northeastern winters. The Cape Cod style is most recognized for its dormer windows, which play a large part in the design of the home. 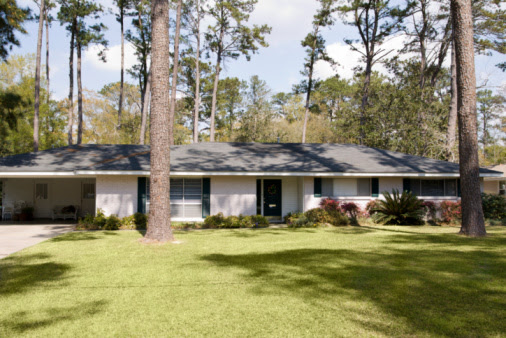 Ranches are also known as ‘Ramblers.’ Ranches are characterized by their single-story construction and low pitched roofs. Ranches became very popular in the post World War II era, with a large resurgence in the 1960s as ‘mid-century moderns.’ 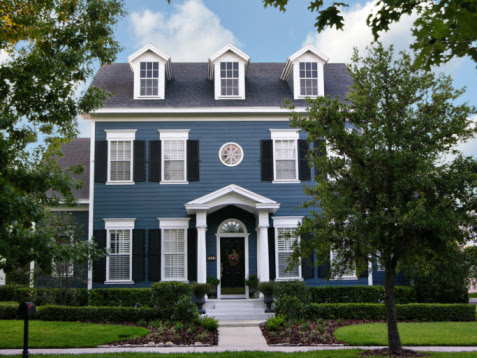 Colonials are another home style that have a distinct appearance. Symmetry plays a large part in Colonials — evenly spaced shuttered windows, dormers, columns, and old Colonials will have many fireplaces. The most common Colonial in the United States is the Georgian Colonial, characterized by its strict symmetry, box shape, paneled front door below a decorative crown, simple or flattened columns, and the most notable feature of five shuttered windows across. Other notable Colonial styles in the United States are Dutch, Federal, and Spanish.

Contemporary homes have an almost futuristic look to them, but many contemporary homes look to connect the indoors with the outdoors. Natural light plays a large part in the contemporary home, as do flat roofs and simple horizontal and perpendicular lines. Contemporary homes embrace industrialism and put an emphasis on the use of efficient and affordable materials, and the homes emphasize an importance of combining materials (steel, glass, wood, stone, etc.) to create a fluid space. 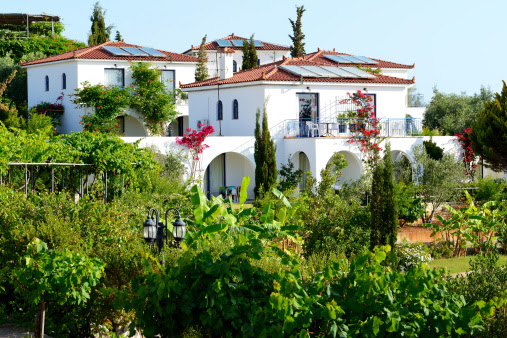 The Mediterranean style became very popular in the United States in 1918 to 1940. This style is modeled after the hacienda style, where red tile roofs, arches, and plaster surfaces play a large part in the exterior of the house. Mediterranean style homes have become popular again, but the style has adopted more design elements like porticoes, balconies, and ornamental details that include heavy wood doors, tiles in multiple colors or designs, and balconies with ornate iron railings and embellishments. 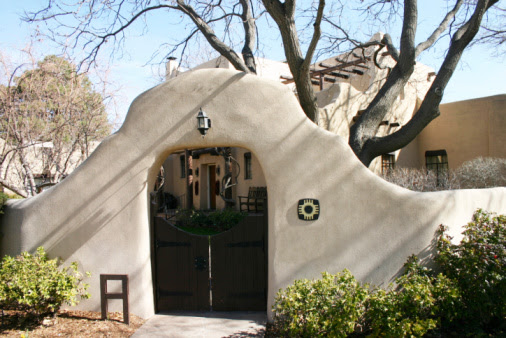 The Pueblo Revival is a style favored in the Southwest, highly influenced by  the ancient Pueblo’s simple multifamily homes. This home style favors materials sourced from the earth — adobe, concrete, stucco or mortar, and wood beams — and the homes tend to feature enclosed courtyards and flat or sloping roofs. The Pueblo style is also characterized by rounded exteriors that exhibit square windows, weathered wood doors and exterior stone accents.

Homes can take any shape or size, and many homes built today embrace two or more styles. The United States has many other home styles not featured. If you’re looking for a home in a particular style, let me help you find that perfect property. Call me today at (469) 767-1392 or visit my website at GovaniHomes.com. I look forward to helping you find your new home!